The Film “The Last Common Hamsters” 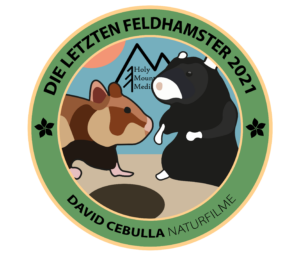 The film “The Last Common Hamsters” will educate and inspire, likewise. It is supposed to create awareness about the species and to enable critical thinking. The film shows the negative impact of modern agriculture and explains why the protection of the hamster is supporting biodiversity.

So far we have been filming in Germany, France, Austria, Hungary and Poland. We only show European hamsters living in the wild. The project development was funded by the Thuringian state chancellery. This enabled us to produce a trailer, to write a script, to make contacts to conservationists, scientists and farmers, as well as to identify areas with hamsters in our region. We also developed methods and required the equipment to film hamsters at night and in their natural burrow. In 2021, we successfully collected 5.040 Euro in a crowdfunding campaign. We conduct the project in collaboration with the local nature conservation association NABU Jena e.V.

You can read the video transcript here. Read More

4.3 million square kilometers – that is the size of the European Union. About 40 % are used for agriculture. This land is not only the foundation for our food supply, but also wildlife habitat.
However, we are facing a critical loss of biodiversity.

As a synanthropic species the common hamster was only able to propagate on the basis of agriculture. Today it is critically endangered around the world. Just like one million other species.

And this, this is me, David. I am a nature filmmaker and ecologist from Germany. I am searching for this rare species not only in Countries of Europe but also in the Kazakh Steppe. I talk to conservationists, scientists and farmers. And I want to find even rarer black hamsters. My documentary is ment to create awareness about the species and to enable critical thinking. I want to show the negative impact of modern agriculture and explain why the protection of the Common hamster is supporting biodiversity. We need a change in our agricultural system. That change could be a chance to combine the preservation of biodiversity and a sustainable and climate friendly agricultural system. We need to conserve what we cherish. We can only change if we care. That is what I want to show in my documentary “The Last Common Hamsters”.